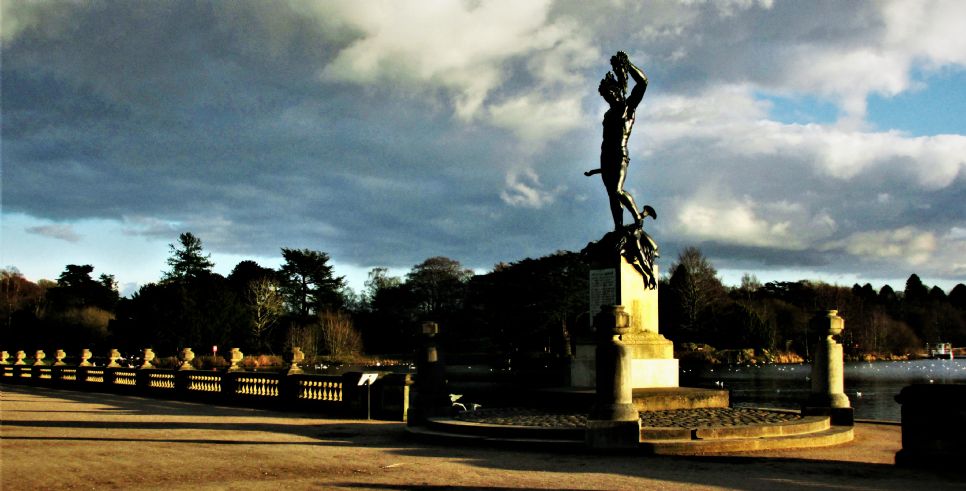 ‘Checkley, a small village which possess the finest church in the north of the County of Staffordshire.’  So said Charles Masefield, poet and local historian in his book ‘Staffordshire’ first printed in 1910.  (Sadly Charles Masefield died in 1917 in the First World War).

He went on to say ‘the church is known as the Mother church of all the parishes for some miles and indeed St Mary and All Saint is one of the finest in the area and can also lay claim to be considered one of the 1000 best churches in England.

My first visit to the church was mainly to examine and photograph the three fragments of Saxon cross shafts or preaching crosses as they are sometimes known.  Two of them are remarkable for the engraving they contain.

One in particular has rows of three human figures with what looks like halos or nimbi around their heads.  They are said to be three Christian Bishops who lost their lives in a battle between Danes and Saxons ant nearby Deadman’s Green, which is said to have got its name because of the battle.  The third shaft fragment is somewhat plainer than the others.   The three fragments are some 25ft from the south porch on the left.

It is obvious that the crosses pre-date the church and were probably preaching crosses, the whole area is on a mound and it would be ideal for their location.

Walking around the outside of the church from the south, I could see several of the buttresses had grooves in them which are believed to have been made by archers sharpening their arrow tips while carrying out archery practice as was required by law back in the 14th plus centuries.   I believe there are other churches in the County which have evidence of this sharpening practice.

On the north side I noticed that one of the stained glass windows had a different stone carving in the centre than the other seven windows which have a floral rose(??) carved stone.   Looking closely at the photographs I took I am wondering if this stone face could be a ‘Green Man’ image??

Sadly I was unable to enter the inside of the church, which is only at certain times or by appointment.  From what I have read it is equally interesting inside as out and includes early Flemish stained glass, a monument to a 14/15th century local knight, part of the chancel has carvings of an ass and palm trees, and there is supposed to be carvings of red Indians on the choir stall bench, which is dated to the 16th century, just after the discovery of America.   There is a mystery as to how they came to be in this church.

Hopefully I will one day be able to visit the inside of this delightful church.

Checkley Saxon Crosses
A view from the rear of the crosses

Three figures with halos
This picture shows the three 'Bishops' with halos.

Three more 'Bishops'
This shows another view of the three 'Bishops' 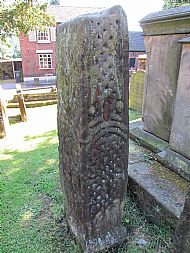 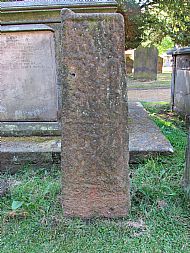 The Church Sundial
The church sundial on the south side

Is this a Green Man??
This is the picture of the stone face carving which might be a Green Man 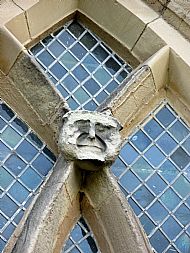 Is this a 'Green Man?'
A close up of the window s